skip to main | skip to sidebar

BESIDES the Malaysian Chinese whose main business is timber, there are ethnic Chinese from other countries who run other kinds of business.

The mainland Chinese, for example, have come to PNG as employees or workers of the agents of the PRC government which has various aid projects in PNG.

Most of the new arrivals from PRC do not have kinship ties with the local born Chinese, and do not have relations with the emigrant villages from where the old comers originate.

After immigrating to PNG as employees of foreign companies, some of them begin their own businesses.

There are some Chinese entrepreneurs who bring their relatives or friends from their own countries to assist in their new businesses.

Thus, there is also chain migration from the East and Southeast Asian countries to PNG. Those New Chinese entrepreneurs have to acquire business visas to start their own businesses, when their original contracts run out.

Some Chinese arrive in PNG on tourist visas. Most, though not all, of the Chinese new arrivals have legal status.

Thus, with the arrival of the new Chinese from various Asian countries, the population of the ethnic Chinese in post-independence PNG has not seen a decrease in spite of the emigration of the Chinese old comers to Australia.

Most of these ethnic Chinese today contribute enormously towards the development of PNG and the Pacific in various ways.

Even some or most have established good relationship with the local people and that has promoted ‘people to people’ diplomacy, one of the areas where the local governments and Beijing can promote and encourage.

Unlike the cities of ex-German New Guinea, Port Moresby does not have a Chinatown or traditional Chinese associations, such as regional and clan associations.

There are several reasons for this. The history of the ethnic Chinese in Port Moresby is relatively short and the size of the community is also small.

It may also be difficult for the Chinese to establish an association because there is much diversity among the recent Chinese immigrants and they are dispersed in their localities.

There are no traditional Chinese associations in the other cities either.

After the independence of PNG, many Chinese left for Australia and their traditional associations disappeared as the number of the Chinese old comers decreased.

On the other hand, recent Chinese immigrants in PNG have established other kinds of associations and groups, and led their community activities.

Those Chinese gather, for instance, in clubs, religious institutions and restaurants owned by Chinese.

They gather in these places instead of traditional associations, make contacts and network with each other.

For instance, some Chinese in PNG now join the Lions Club or other kinds of clubs for socialization purposes.

It is common to see Chinese get together in Chinese restaurants in particular on weekends and exchange information relating to their interests such as business opportunities in PNG.

Chinese restaurants are important not only as places to do business in but also venues for socialization and communication purposes.

To understand the characteristics of the ethnic Chinese community in PNG, this commentary takes a look at the only Buddhist temple in PNG, the PNG Manjusri Buddhist Centre, hereafter, the Buddhist Centre.

It is a branch of a Taiwanese Buddhist group, Fo Guang Shan (Buddha’s Light International Association).

The Buddhist Centre is located in the Gordon area in Port Moresby.

The Buddhist Centre was established in 1994 by Malaysian Chinese who were increasing in number in PNG; they collected the donations for the Centre.

She and some volunteers also take up the administrative duties at the Buddhist Centre which is sustained by donations from Chinese followers.

The followers hold Buddhist rituals every Sunday, and every first and fifteenth of the month of the lunar calendar and conduct sutra reciting and gives sermons.

In those special days the Centre invites guests who include not only Chinese but also people from other ethnic groups such as Papua New Guineans and Australians.

These non-ethnic Chinese participants are invited by the Chinese followers of the Centre. For example, there were about 50 participants in a special rite of dizang Bodhisattva in the eighth month of 1999.

Ancestor tablets were placed in front of the statue of Buddha and the participants prayed to them.

The people whose names were written on the tablets did not die in PNG, and participants prayed to their souls.

On these special days, some companies owned by Malaysian Chinese in Port Moresby donate to the Buddhist Centre.

Although the owners and workers of these Malaysian companies do not participate in the activities regularly, they keep in touch with the Buddhist Centre on these special occasions.

The character of the gathering in the Buddhist Centre is influenced by the language used by the participants.

The Centre does not impose any restrictions on followers’ participation, but as chanting and sermons are conducted in Mandarin, it is hard for those who do not understand Mandarin to join in the activities.

Other than that, there are no barriers to participation in the activities.

The Buddhist Centre plays an important role as a center for Mandarin speakers in Port Moresby.

It also provides Chinese –language classes for the children while their parents participate in Buddhist ceremonies.

Some of the participants in fact do not visit the Centre for religious reasons.

One Malaysian Chinese woman says that she does not have anything to do on Sundays because PNG is a Christian country and all the shops and facilities are closed.

So she comes to the Buddhist Centre to socialize with her friends.

Some other Chinese from Malaysia and mainland China say that they did not visit temples regularly when they were in their mother countries but started visiting the Centre after arriving in PNG.

It is reasonable to regard the establishment of the Buddhist Centre as evidence of progress in the Chinese effort to settle in PNG.

The Chinese make use of the non-religious activities held at the Centre to construct their networks and educate their children.

The fact that some Chinese start participating in the Centre activities after arriving in PNG means the Centre has modified its religious nature and acquired new significance for the immigrant community, in a different context and environment.

There is another Chinese association in contemporary Port Moresby.

The Cathay Club plays the role of a node for many Chinese settlers in that city.

The Cathay Club was established by the local born Chinese in the 1960s. It has some buildings for organizing activities for the community, and as such is a place for socialization and amusement for the Chinese in Port Moresby.

Although the Cathay Club was set up by the local Chinese, the members now include Chinese new comers and native Papua New Guineans.

The main activities are sport and games, such as snookers, ball games, swimming and hiking.

Besides these activities, the lion dance is practiced and performed on the premises of the Cathay Club by the Chinese New comers.

The business practice of the ethnic Chinese can also be seen as a strategy to settle in PNG.

Doing business is the main aim of the newly arrived Chinese immigrants.

To protect the PNG national economy, the government has established the Investment Promotion Authority (IPA) with a view to promoting and controlling foreign investment.

While the IPA gives license to foreign companies to do business, it at the same time prohibits foreign participation in certain businesses which are instituted as “reserved business.”

Only PNG nationals can engage in the reserved business which also keeps out Chinese workers.

Chinese who wish to go into “reserved business” often have to resort to strategic practices to circumvent the regulations.

Such practices include registering the name of a PNG national as a company director, while the management is in Chinese hands, and starting a new business by transferring the business license to another person to avoid the difficult procedure of acquiring a new license etc.

By using these strategies, some Chinese have established their business and community in PNG.

Note: Part four of this series will continue the following Sunday. E-mail m_yakai@hotmail.com and phone 15116988560 for queries. This column acknowledges Tetsu Ichikawa for his contribution.
Posted by Mathew Yakai at 4:22 AM

Hi !.
You may , probably very interested to know how one can manage to receive high yields .
There is no initial capital needed You may start to get income with as small sum of money as 20-100 dollars.

AimTrust is what you haven`t ever dreamt of such a chance to become rich
The firm incorporates an offshore structure with advanced asset management technologies in production and delivery of pipes for oil and gas.

It is based in Panama with affiliates around the world.
Do you want to become really rich in short time?
That`s your choice That`s what you desire!

I feel good, I began to get real money with the help of this company,
and I invite you to do the same. It`s all about how to choose a correct companion who uses your money in a right way - that`s it!.
I earn US$2,000 per day, and what I started with was a funny sum of 500 bucks!
It`s easy to get involved , just click this link http://jycamijon.maddsites.com/sojuku.html
and go! Let`s take our chance together to feel the smell of real money

Hello !.
might , probably very interested to know how one can reach 2000 per day of income .
There is no need to invest much at first. You may commense to receive yields with as small sum of money as 20-100 dollars.

AimTrust is what you haven`t ever dreamt of such a chance to become rich
The company incorporates an offshore structure with advanced asset management technologies in production and delivery of pipes for oil and gas.

It is based in Panama with affiliates around the world.
Do you want to become an affluent person?
That`s your choice That`s what you really need!

I feel good, I began to get real money with the help of this company,
and I invite you to do the same. It`s all about how to select a proper companion utilizes your money in a right way - that`s the AimTrust!.
I earn US$2,000 per day, and my first investment was 500 dollars only!
It`s easy to start , just click this link http://sopigyse.maddsites.com/inatos.html
and go! Let`s take our chance together to get rid of nastiness of the life 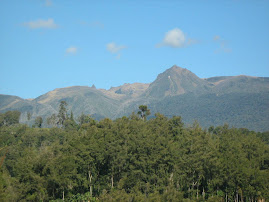 The second highest mountain in Papua New Guinea after Mt William. Picture taken from my home in Tambul. Picture by Shaggy Spunkyputtz

Mathew Yakai
Former Journalist with The National newspaper in Papua New Guinea and now studying in Great China. This blog attempts to share my articles published by weekly The Sunday Chronicle in Papua New Guinea and tri-weekly Island Sun in Solomon Islands and daily Post in Vanuatu. Articles are focused at ensuring the Island countries learn from China's experience in the region. Hope you enjoy! E-mail me on: m_yakai@hotmail.com for comments and queries 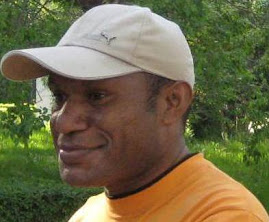 Other writings and links about me

Dancing at a Park in china 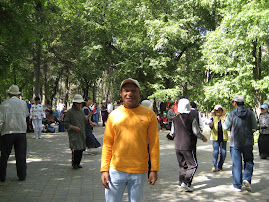 Dancing at a Park in china. Picture by Zeng Lee 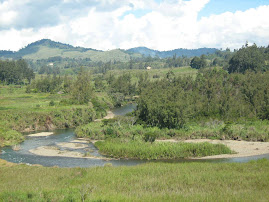 Kagul River meandering past my Yapalgu village in Tambul, WHP, Papua New Guinea. Played in this river most of my time during the good old days some 25 years back.Picture by Shaggy Spunkyputtz